For centuries, the Czech Lands formed the cross-roads for artists from Italy, Germany, Austria and the Netherlands, and thus a galaxy of architects and craftsmen, including many of European importance, worked on the great buildings of the land. The Kingdom of Bohemia was one of the richest and most famous countries in all Europe.

Photos above: left, medieval illuminated manuscript, now on display in the city of Kutná Hora , showing the silver mines and industry of the period. Right, the nearby Cathedral of Saint Barbara. Photo below: Telč, Moravia, courtesy of NPU © Binková 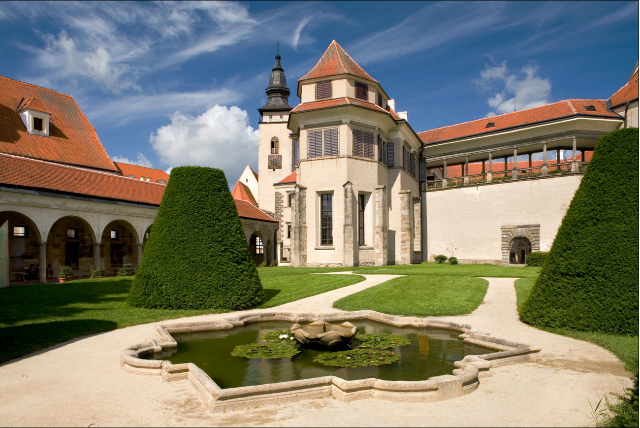 Bohemia and Moravia became major centres of European Baroque, resulting in a magnificent flowering of the arts in the building and decoration of monasteries, churches, palaces, pilgrimage sites and extensive gardens. Click here for virtual tours of a selection of sites in the Czech Republic.