Friends' Lecture - Prague and Innsbruck: the cultural patronage of the Archduke Ferdinand II. A lecture by Caroline Cannon-Brookes

On 8th January 2019 the art historian Caroline Cannon-Brookes gave a fascinating lecture in the Czech Embassy, London, about the life of Habsburg Archduke Ferdinand II (1529- 1595) and the collections amassed by him. Born the second son of the future Emperor Ferdinand I and Anne of Bohemia, he was Regent of Bohemia for twenty years in the middle of the 16th century.

He was a highly educated and cultivated humanist who established a sophisticated court in Prague that embraced both the Habsburgs and the Czech nobility. He oversaw renewals to Prague Castle and St. Vitus Cathedral after a disastrous fire and promoted the Renaissance 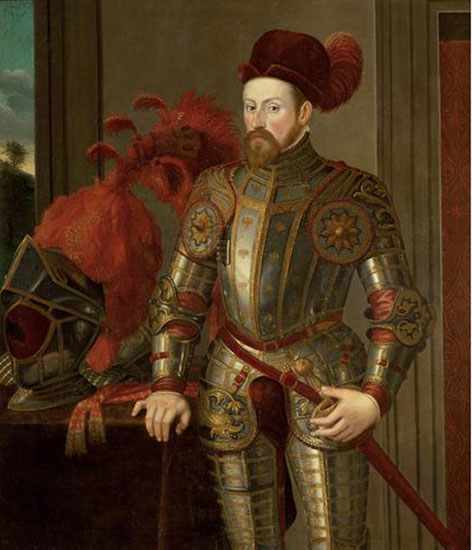 style. This is to be seen in the star-shaped Hunting Lodge Hvězda outside Prague (which he is reputed to have designed) and the Belvedere in the Castle grounds. Following in the Habsburg tradition, the Archduke assembled an important library of over 3,000 volumes and formed a great collection of portraits and other works of art, armour and curiosities which he took with him when he moved to Schloss Ambras outside Innsbruck in the Tyrol in 1567.

Those collections undoubtedly served as an inspiration for Ferdinand’s nephew, the Emperor Rudolf II, who subsequently acquired them. Many items were kept in Vienna but a large number have been brought back to Ambras and were displayed in a recent exhibition devoted to Archduke Ferdinand II shown in both Ambras and Prague.

Caroline Cannon-Brookes is an art-historian, trained at the Courtauld Institute, and teaches at the University of Oxford Department for Continuing Education. She has led many tours to the Czech Republic to which she is a regular visitor.

Splendour and Spectacle: Great Buildings and Gardens of Moravia

From Sentiment to Science - 25 Years of Modern Conservation